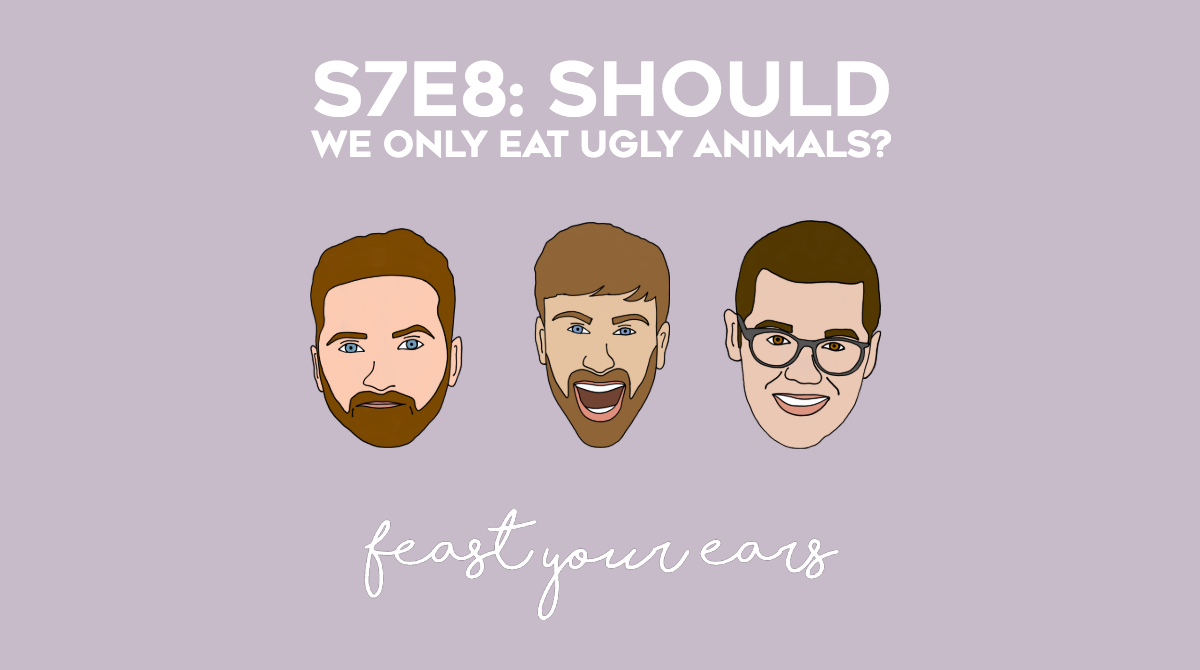 S7 E8 –Should we only eat ugly animals?

A recent study showed meat-eating participants were less likely to eat a dish containing meat after being shown a picture of the same animal as a baby.
Where do we draw the line between animals we eat and animals we keep as pets? And do we have the right to pick and choose?

Best soundbite: “All animals are beautiful, but I’m not a fan of chickens. Especially the ones with the little jibbley bits” – “you mean turkeys?” “yeah turkeys” – Barry Taylor